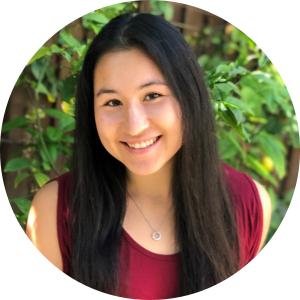 Top Ten Tips
How a soccer injury introduced me to the UChicago shuttle system
Exploring Careers Outside the Classroom
General Advice for the College Application Process
Thangaraj: The Person, The House, and The Community

Thangaraj: The Person, The House, and The Community

One of the first places I met many UChicago students was not actually at the University campus itself, it was at the house of a prominent alum in the Bay Area. As part of the Admitted Students Night program, I along with other admitted students in the Bay Area was invited to the event. Since I was the only graduate from my high school attending UChicago, I was looking forward to meeting other prospective students – it would be nice to make a few friends before the school year started.

I remember driving out with my mom to Silicon Valley and my mom handing off the keys to the valet. We got our nametags and were introduced to the owner of the house and alum, Immanuel Thangaraj. He was a UChicago undergrad and also a Booth graduate and was serving on the advisory council for both the college and the business school. He was very welcoming and pointed out some groups of current students as well as prospective students who were mingling in his backyard. Walking around the pool, I joined a group of prospective students on the patio.

It was good to meet other students and see if any of us had ranked the same Hum classes or put down the same dorm preferences. All of us weren’t entirely sure what to expect when we got to campus but we exchanged interests and discussed RSO’s and places we wanted to explore across the Chicago neighborhoods.

We took a break to hear a talk from Jim Nondorf and then to hear Thangaraj speak to us about his time at UChicago and how excited he was for all of us to be there. After the talk, my group moved to an outdoor table where the servers kept bringing us new desserts to try. One of the highlights of the event was when a current student came over to our table and told us about the RSO he had founded at UChicago called MoneyThink where students teach South Side high school students about financial literacy (Later on when I got to campus, I re-introduced myself at the RSO fair and ended up joining MoneyThink my first quarter at UChicago!)

I left the event with new friends and encouraged by the presence of the community. A few weeks later, I checked my UChicago portal to see my housing assignments and laughed out loud when I discovered that my house in the Campus North dorms was “Thangaraj.” When I got to campus, I enjoyed having the “fun fact” that I had met our house’s benefactor before school had even started.

I thought it was so appropriate that Thangaraj would continue to be the person that allowed for so many of my social connections. During O-Week (Orientation Week), my house took a house trip to WhirlyBall which was a house tradition. After winning all of our games, a few friends and I ended up in downtown Chicago afterwards and walked around Millennium Park. Using our newfound knowledge of the CTA (and our unlimited pass!), we made it back to Hyde Park with tons of laughs and memories. Our house continued to organize fun events such as White Sox games, trips to see Hamilton, and delicious study break snacks every Thursday night. I’ve made so many amazing memories with my house. I wrote previously about organizing a holiday gift exchange and playing intramurals with my house. But even more than the fun outings or organized activities, my absolute favorite thing about being with my house was coming back to the dorms and having late night conversations with my housemates in the lounges about anything and everything. Later during my first year, Thangaraj himself actually visited our house and brought us deep dish pizza and took the time to chat with the members of our house.

While I ended up moving off campus after my first year, that didn’t stop me from continuing to be an active member in the Thangaraj community. The following summer before my second year, I returned to the Admitted Students Night (this time as a current student) and was able to share little nuggets of wisdom from my own first year with the incoming students. During my second year, I applied to be a house associate so I could represent my house in intramurals and also study in my favorite study spot (the 15th floor of North) anytime that I wanted. I loved that even though I no longer lived in the dorms, I could still come back from time to time and see my friends.

Coming into UChicago, I wasn’t sure how to feel about dorm life or house culture. I had shared a room with my sister all my life, but living in a building with hundreds of college students? I wasn’t sure if I’d be ready for that. I’m so glad I was wrong. My house ended up being the place where I made so many great memories, won intramural championship t-shirts, and made life-long friends. While I may not live in the physical house, Thangaraj will always hold a special place in my heart and I look forward to graduating besides all of them next spring.