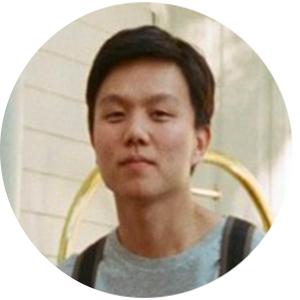 Liam K. is a third-year student studying Economics and Philosophy. If he's not working at Harper Café, he can be found listening to 70's music in the quad.

Philosophizing the Quantum
Tips for Writing Professional Emails in College

One of the benefits of being in college is that you have the ability to take many unique and interesting classes. Unlike high school, where you are bound to biology, calculus, and so on, college education lets you explore a wide variety of academic disciplines.

This is especially true for a liberal arts college like the College at the University of Chicago. The Core program at UChicago has so far allowed me to take classes ranging from an art history course on modernism to a chemistry course on renewable energy and its economics. Not only is this an excellent way to expand your horizons and learn about topics you normally never would have thought of, the Core program is also a great way to explore different major options. For example, I decided on my philosophy major after taking an introductory course on metaphysics in the spring of my first year.

Today, I want to talk about a really unique class that I took this past winter. It was called the “Philosophy of Quantum Mechanics.” To provide a little background, I was interested in pursuing a physics major before I came to college. I soon discovered that physics was not for me, but my interest in the field continued. When I heard that the philosophy department was offering a class dealing with one of the most exciting, yet puzzling, areas of physics, I knew I had to take it.

For those unfamiliar with the subject, let me begin by providing a brief description of quantum mechanics and its philosophical implications. Quantum mechanics is an area of physics that essentially deals with the very small, like atoms and subatomic particles. The field grew rapidly in the early 20thcentury in the hands of physicists like Schrödinger, Heisenberg, and Born. The quantum theory is markedly different from the physics that preceded it. Scientific study of physical nature until that point was widely regarded to be something determinate and clear. However, many of the implications from quantum theory point to indeterminate, probable, and unclear answers.

For example, quantum physicists talk about what is called a “superposition.” The quantum superposition principle tells us that a thing can have two states simultaneously. Let’s try to think about what that really means by using a coin as an example. When you flip a coin, it can result in one of two possible outcomes: landing on heads or landing on tails. However, once the coin lands, it now has a determinate and singular outcome: whichever side it landed on. If the coin landed on heads, then its state is determined by just that – the outcome of landing on heads. However, quantum mechanics tells us that this is not always the case.

Superposition also forms one of the key philosophical challenges that quantum physics brings to the forefront. Philosophers of science primarily take issue with the measurement requirement. What does it mean to have nature react on measurement? What is measurement? If the coin goes from a superposition state to a determinate (heads or tails) state by my looking at it, does it mean that nature is dependent on my consciousness?

The “Philosophy of Quantum Mechanics” course examined some of these questions by looking at both the philosophical and scientific arguments behind them. In order to analyze the merits of certain theories, we learned some mathematical foundations behind quantum mechanics. We then evaluated various theories and arguments that answer, dismiss, or extend these questions. Then, at the end of the course, we wrote a 10-page paper in which we argued our own philosophical positions on the quantum theory. In short, it was an extremely challenging yet immensely rewarding class.

The ability to take such classes, I believe, is one of the greatest benefits of being in college. At the University of Chicago, we pride ourselves on our liberal arts education, and we take it seriously. While this expansive set of diverse and stimulating classes, as supported by the Core program, allows students to explore different intellectual pursuits and determine what best fits their interests, I think there is more to the story of UChicago’s educational philosophy.

This philosophy means that one of the core tenets of education is the general enrichment of one’s mind and soul. And the starting point for this intellectual journey often comes in the form of curiosity and wonder. Questions like “what role does religion play in our civilization?” or “how can we understand the chemical basis of emotions?” are productive and useful gateways for serious inquiry. Professor Gabriel Richardson Lear echoes this point during her 2018 Aims of Education address (an annual speech given by a senior faculty member to the incoming class of first years about the purpose of UChicago’s liberal arts education). She speaks of education in terms of wonder – moments of wonder such as when an idea makes you say “Aha” or when a conversation with your peers leads you to contradict yourself. These moments of wonder, she says, are not only critical for one’s education but rather is the aim of education. To be able to ask the important questions, the relevant questions, and the interesting questions, education is critically necessary.

The quantum mechanics course was my experience of wonder. We started with some simple questions about quantum theory. I discussed and reflected on various philosophical ideas that sought to understand the very reality of physical nature. Then, after a quarter of studying, writing, and debating, I had even more to wonder about. This time, however, the questions were more nuanced, more cutting, and more illuminating. I am very grateful to have had this opportunity to think deeply and freely about such an interesting topic. And I certainly can’t wait for more new ideas and questions that will have me wondering again.