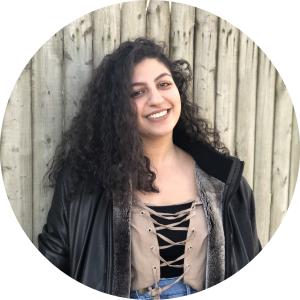 Farah is a first-year student in the College studying biochemistry and philosophy. Outside of class, she is involved with MUN and tutoring. She also works at the Office of College Admissions and is involved with prostate cancer research on campus.

The Core: Why We Love It

The Core: Why We Love It

When it comes to rigorous academics in the context of a liberal arts education, the University of Chicago is the place to be! At UChicago, we are immersed in an academic environment that persistently encourages curiosity and learning, and one of the most prominent elements of the UChicago experience is the Core curriculum. The Core is what makes UChicago academics special, and it’s what provides a set of shared academic experiences that bring the student body together.

Since everyone’s always talking about the Core, and since that’s what I’ll be talking about, it’s probably best to start off by explaining what it is. In the most basic terms, the Core is a set of distribution requirements that all students must fulfill before graduation. These distribution areas include Biological Sciences, Physical Sciences, Mathematics, Social Sciences, Arts, Humanities, Civilizations (which is like history or social studies), and Foreign Language. Within each individual requirement, there are a variety of courses to choose from. For example, to fulfill the Biological Sciences requirement, I could choose to take “Biological Evolution,” but I could also choose to take “Drugs Galore: What They Are and What They Do to You.” This means that no matter where you lie on the spectrum from arts to STEM, there’s always a class for you. Basically, if UChicago is the Costco of knowledge, the Core is our version of free samples. Students can try out classes with a 3 week add/drop period, during which they can return their samples and choose different ones. If you take a class and like it, you can hold onto it for the quarter, and if you really like it, you can buy it in bulk. At Costco they call it wholesale, and at UChicago, we call it a major.

The Core is a characteristic part of a UChicago education. It’s important because it teaches us how to think, pushes us to challenge our comfort zones by taking classes outside of our primary fields of interest, and plays a role in establishing our campus community. Core classes are capped at 19 students, and most Humanities classes are round-table discussion classes, which creates a really encouraging learning environment. And since every student at UChicago has to take Core classes, the Core allows us to meet students with different majors, who have different interests, and who we otherwise might not have had the chance to encounter.

I’m a first year in the College, and although my experience with the Core so far hasn’t been extensive, I’ve really enjoyed it. I chose to fulfill my Humanities requirement by taking “Philosophical Perspectives.” At first, I found the class extremely intimidating. I was reading philosophical texts, and I had never read anything remotely Aristotelian in my life. But eventually, the readings became easier and I started enjoying the class more and more. During Winter Quarter, I had Timothy Harrison as my professor, and “Philosophical Perspectives” became the class of my week. At some point, we were talking about the imagination—whether we’d be able to think if we had no bodies and whether we’d understand numbers. A student in my class brought up imaginary numbers and made her argument in the context of an analogy about the modular plane (way above my pay grade—I am mathematically challenged). But then another student made a comment about how the discussion reminded her of an episode of Rick and Morty. (That same student later told us that all humans are ravioli as we were discussing David Hume.) All of this made “Phil Per” my favorite class. I overthink on my own, and through “Phil Per,” I found a class where I could have existential crises in a group setting.

Everyone has a unique experience with the Core, but it always ends up being positive (see below for some examples of ~quirky~ Core experiences). I have a friend who got to write her final paper on gender roles in Magic Mike for a Humanities class called “Media Aesthetics," and another who met a classmate who now gives her weekly French lessons. Personally, the Core has allowed me to branch out and discover a new subject that I found myself very passionate about and interested in, and—as a result of “Phil Per”—I’ve decided to double major in biochemistry and philosophy. Aside from this, the class also helped me develop some essential skills. I’m typically very discombobulated and have trouble expressing ideas because I tend to be thinking of too many things at the same time. “Phil Per” taught me how to organize my thoughts and present them in a more compelling and argumentative manner.

The Core is a central part of being an undergraduate at UChicago. It gives all students a way to explore their interests and expose themselves to classes and subjects that they otherwise might not have had the chance to explore. The Core means that students can fit in Humanities classes even if they’re STEM majors like myself, or in STEM classes even if they’re creative writing majors. As a result, UChicago students become knowledgeable in a variety of subject areas beyond their own field of interest—and maybe even find new fields of interest!

And now, as promised, some quotes about the Core: