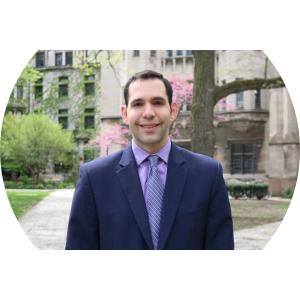 Clubs at UChicago: Part I

Clubs at UChicago: Part I

The University of Chicago offers over 400 recognized student organizations (RSOs), what are typically known in high school as clubs. These range from media/publications, club sports, cultural groups, and more. In the first part of this series, we will highlight performance groups – everything from a circus, dance organizations, and instrumental groups. By no means is this a comprehensive list, but we hope it provides a nice overview of the types of performances RSOs you can find on campus. To learn about every organization at UChicago, check out our Blueprint site.

UChicago is the birthplace of improvisational comedy; a UChicago performing group called the Compass Players pioneered the art of improv in the 1950s.  The Compass Players then went on to form The Second City. In 1986, The Second City co-founder returned to campus and created Off-Off Campus, UChicago’s current improv comedy performance RSO.  The group performs five shows per quarter. Auditions for “the next generation” are held each fall, and all new members are extensively trained in the art of improv before giving a live performance. Fourth-year members of Off-Off give Senior Solo Shows, which are directed by notable alumni of the group. Off-Off performs at The Revival, a new comedy club right next to campus

Have you ever wanted to join the circus? UChicago has its very own circus RSO, Le Vorris and Vox.  Skills practiced include fire manipulation, acrobatics, stilts-walking, and unicycling, but no experience in these areas is needed to join.  In addition, the circus holds open workshops as well as open auditions for their performances.  To see their skills for yourself, check out Le Vorris and Vox’s trailer.

Rhythmic Bodies in Motion (RBIM for short) is the largest dance RSO on campus. The group showcases a wide variety of dances including but not limited to tap, jazz, modern, hip-hop, and tango.  Auditions for RBIM are held in the fall and the annual showcase is held in the spring.  RBIM also has a smaller group within the organization that performs at various campus events in addition to the showcases.  Regardless of which faction of RBIM you choose to join, students gain valuable experience in both dance and choreography.

University Ballet, or UBallet, is UChicago’s ballet performance RSO.  UBallet hosts free ballet classes open to the entire UChicago community and puts on two performances per year.  Anyone is welcome to audition for these performances regardless of ballet experience; all interested dancers are cast in a role.  Auditions to join the company as a full member happen biannually, once in the fall and once again after the first performance.  To learn more about UBallet, check out their website.

UChicago Maya is a fusion dance group dedicated to innovative and exploratory choreography. It blends Eastern and Western dance styles including Contemporary, Jazz, Bharatanatyam, and Chinese. The organization is one of 11 groups that makes up the Dance Council, a co-curricular program with Theater and Performance Studies. Maya has one annual winter show and a spring set that it performs at multiple venues across campus, including the MODA annual fashion show and the South Asian Students Association’s cultural showcase.

Some play guitar, some pick up drums, but others choose to master the carillon, the bells in the tower of Rockefeller Chapel. The Guild of Student Carillonneurs is a student organization that offers beginner carillon lessons to students each fall. Once enough proficiency is gained, members can begin to show off their carillon skills to all of campus by playing songs at noon and 5pm on weekdays. Recently, the Guild went on a Midwest tour where they attended a master class, gave concerts, and listened to other carillonneurs.  The Guild’s membership numbers are currently on the rise--more and more people are taking interest in learning and listening!

The Chamber Music Organization (CMO) is a performance RSO dedicated to chamber music.  The CMO invites string, wind, and brass instrument players to join in on the fun --over 250 musicians have joined the CMO. The CMO puts on showcases and hosts movie nights, concert trips, and sight-reading parties throughout the year.