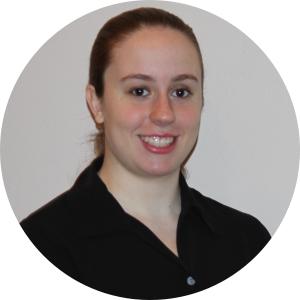 Varsity and Intramural Sports at UChicago

One question that I sometimes get from students and parents during info sessions is if UChicago has sports. And the answer is: we certainly do! While our Big 10 days are over (We left in the 1940s, and I have more fun facts about that coming up!), the athletic community is very much alive and well at UChicago.

UChicago sports teams compete at the Division III level, but we originally competed at the Division I level and were one of the founding members of the Big 10 Conference (one of our best April Fool’s pranks in recent years was a press release saying that our football team was planning to rejoin the Big 10). In fact, one of our football players, Jay Berwanger, became the first athlete to receive the Heisman Trophy in 1935 (it’s on display in our athletic facility—when you visit, check it out!).

Our success in the athletic field (see what I did there?) didn’t stop when we entered the Division III level in 1973. UChicago has claimed 20 NCAA Division III individual championships since 1989, and our students have been honored 37 times with Academic All-American status since 1976. During the 2019-2020 season, 13 of our 20 varsity teams have been ranked in the top 25 of Division III teams.

I can also give you a little more of a personal look into sports at UChicago. I was on the varsity swim team for all four years of undergrad. Weirdly enough, however, I actually wasn’t even sure I wanted to swim in college. I hit a little bit of a rut during my last two years of high school, and only ended up walking onto the team because my parents told me I should. I expected to do one season to be able to say I at least tried it and then quit (my mantra on the way to 6 am practice for the first couple months was I’m quitting, I’m quitting, I’m quitting, I’m quitting). However, swimming ended up becoming one of my favorite things about my UChicago experience.

One reason why I loved swimming at UChicago was the emphasis placed on the "student" part of "student-athlete." We all worked incredibly hard (more on that below), but there was always the expectation that school should come before athletics. I never had to sacrifice taking a class because it might interfere with our practice schedule. The majority of our meets were scheduled so that we wouldn’t have to miss class. And many people on our team—myself included—were still able to take advantage of academic opportunities like study abroad.

In fact, swimming made my study abroad experience—in Barcelona, Spain—even better. I wanted to make sure to stay in shape, so I swam with a team in Barcelona while I was there. It was a great opportunity to practice my Spanish, and I met some awesome people on that team who were super welcoming! One person even visited Chicago a few months after I got back to the U.S., and we got some deep-dish pizza together!

Swimming at UChicago also afforded me the opportunity to have a lot of special experiences with my friends. Each year during the first week of winter break, our team would get to travel to a ~warmer~ location for our annual training trip. During my second year, we got to go to Puerto Rico, a place I had never visited before, which was an amazing experience. One particular highlight of that trip was visiting this beautiful rock and waterfall formation. I was too much of a chicken to jump off the top into the water below, but it was fun to watch everyone else do it.

Even though swimming was a lot of fun, we definitely worked hard as well, and were competing at a high level. We practiced for around 18 hours a week (just because we’re Division III does not mean we slack off!). Sometimes it was challenging, but things definitely paid off in the end. During my senior year, we finished in second place at our conference championships (which were hosted at UChicago—a great way to wrap up senior year!) and in sixth place at the NCAA championships!

In spite of all this, I know that competing in varsity athletics is not everyone’s cup of tea, and that’s totally okay! There are still other ways you can get involved with sports at UChicago. In addition to varsity-level sports, we also have club and intramural sports. I never competed in a club sport, but intramural sports—and one sport in particular—will always have a special place in my heart.

As you may know, UChicago is on the quarter system, with most people taking classes during Fall, Winter, and Spring Quarter. Swim season was during Fall and Winter Quarter, which left Spring Quarter wide open for shenanigans in other sports. And one of those sports was inner tube water polo.

In my humble opinion, inner tube water polo is the best intramural sport at UChicago. It’s exactly like normal water polo, but you have to stay balanced in—you guessed it!—a round, inflatable inner tube. While there is a way to position yourself in the inner tube to be able to move around quickly and stay upright (something I never fully mastered), many people do flail around and fall out in the middle of games, which is incredibly funny to watch.

Anyone can make an intramural team with whomever they want! Each spring, a good chunk of the swim team would form an inner tube water polo team and meet up weekly for a game (that’s one great thing about intramural sports—the low time commitment). While we did have some people with some actual water polo experience, the great thing about intramural sports is that they require zero talent. I myself am not very good at any sport that requires me to throw and catch a ball, but I still had a great time. No thanks to me, we did actually become inner tube water polo champions, and I became the proud owner of the coveted championship prize: a UChicago intramural t-shirt!

I could keep going on about how much I enjoyed these sports, but I think you’ve probably gotten the picture by now. Hopefully I’ve been able to show you that there are great opportunities to participate in sports at UChicago regardless of your athletic ability (or lack thereof).

I certainly enjoyed walking through my memories of swimming and inner tube water polo (including getting tipped over and falling out of the inner tube on multiple occasions). I’ll look forward to seeing you all next week! In the meantime, stay safe and healthy!