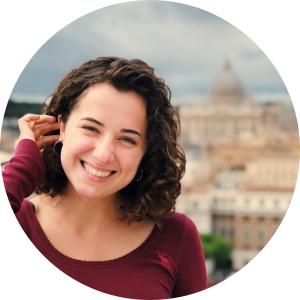 Ella is a fourth year in the College studying Economics. She spent her junior year studying in Paris and Sydney, and now that she's back on campus she works as a research assistant with UChicago's Urban Labs and as a volunteer in the Fossil Lab. In her free time she loves museums, all things Jurassic World, eating dessert, and playing piano. 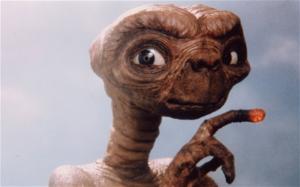 It’s my last year at UChicago, so I am looking back on some of my favorite classes I have taken over the last four years! This fall, I finally signed up for my first astrophysics class: “The Search for Extraterrestrial Life.” This class had no prerequisites, so it was open to students of all majors and a great introduction for me to the field of astrophysics! While we did not end up discussing aliens themselves, as I had expected to, we learned about the important building blocks of astronomy, planetary science, and biology that make up the field of astrobiology (the study of life in the universe). We learned about what actually makes planets suitable to life, how we understand life, and how we go about studying planets outside of out Solar System.

We started by focusing on the Earth and why it is so perfectly-suited to life as we know it. Some things that we take for granted, such as plate tectonics and a water ocean, are critical to the support of life on Earth. We moved on to learn about the Solar System, how the Earth and other planets formed, and how planetary makeups differ. We discussed the possible locations for life within the Solar System, including Mars, Enceladus (one of Saturn’s moons), Europa (one of Jupiter’s moons), and Titan, another one of Saturn’s moons and my personal favorite. Titan is unique because of the presence of liquid hydrocarbons on its surface. Life on Titan could theoretically exist if it were based on methane or ethane, instead of the water-based life we know on Earth.

We moved on to focus on exoplanets: planets outside of our Solar System. We learned about exoplanet-detection techniques and biomarkers, which are chemical signatures of life, and how we could go about detecting them in an exoplanet and inferring the existence of life. Our class concluded with lectures on SETI (the Search for Extraterrestrial Intelligence) and the Fermi paradox (which essentially asks “where is everybody else?”).

I liked this class because we got to learn about a broad scope of astrobiology-related concepts, while also being able to delve into some of the math and physics underlying what we were discussing. For any non-math students, we worked through the math problems in class as a group! It helped to be able to bounce ideas off of each other.

We also had two papers that gave us a lot of flexibility to write about what we were interested in! Our first paper focused on a controversy within the realm of astronomy that centered around the burden of proof. I wrote my paper on the multiverse: the idea that there are other universes beyond our own. The burden of proof controversy, within the space (hah) of multiverse theory, centers around the fact that if there are other universes, we probably have no way to observe them! We are confined to the one that we live in, and so empirical evidence in support of/against different levels of multiverse theory is nearly-impossible to come by. Our second paper was a book report on a science fiction novel that we could connect to astrobiology! I wrote it on my all-time favorite book, The Hitchhiker’s Guide to the Galaxy. I analyzed its depiction of extraterrestrial life, the planets the characters visited, and the means of interstellar space travel invented in the book. It was a great way to connect what I had learned about in class to a novel I have read many times over!

The wonderful thing about this class, just like so many of UChicago’s courses, is that it is open to students of any major. Some students in my section took it as part of the Astrophysics major/minor, some students took it to fulfill their Physical Sciences Core requirement, and others, like me, took it just for fun! I am an Economics major but found this first dive into the field of astrophysics incredibly accessible and engaging.