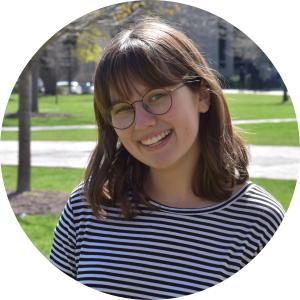 Eliana M. is a third-year in the College studying Public Policy and Media, Arts, and Design. She loves bullet journaling and spends most of her free time wandering the aisles of the Container Store.

There are over 5,000 colleges and universities in the United States, and figuring out which ones you might want to consider attending can seem a daunting task. You can’t apply to all of them, much less find the time to visit and tour thousands of schools. I’m here to help you figure out how to break it down in order to create your personalized college list.

This is the first installment in Narrowing Your Search, a four-part mini series in which I’ll dive into different factors to consider while choosing which institutions to apply to. I’ll talk about location, academics, housing, and extracurriculars. In this installment, I’ll talk about academics.

Growing up, I remember hearing again and again that I’d love college because it’s the place where I’d finally get to choose what I wanted to learn. What I’ve realized since starting school at a liberal arts institution, though, is that this is only sort of the case – but not in a bad way.

Let me back up. If you’ve been anywhere near the college search process, you’ve probably stumbled upon the term “liberal arts institution.” And you might be wondering: what in the world does this actually mean?

A liberal arts curriculum involves learning about a variety of subjects. Often interdisciplinary in nature, liberal arts institutions tend to have smaller, often discussion-based classes. At UChicago, this manifests itself through the Core curriculum, which provides the foundation for every UChicago student’s education at the University. Our Core consists of eight disciplines (humanities, social sciences, physical sciences, biological sciences, arts, civilization studies, language, and mathematics), and each student takes classes in each one.

Some institutions contain different schools for different subjects, perhaps with an engineering school, a journalism school, or a film school. The different schools might require different applications. Meanwhile, a liberal arts school might only have one umbrella school that contains every major, often called a school of arts and sciences. For example, UChicago consists of only the College. You don’t need to apply directly into a major when you’re applying to UChicago. Once you’re here, you can change your major as many times as you want (from physics to economics to medieval history – and back again!) without having to transfer to a different college.

If, during my senior year, I had realized that I only wanted to study film and didn’t want to take classes in other subjects, I might not have been tempted to apply to liberal arts schools. Instead, I would have looked at film schools, where I wouldn’t need to take as much math and science so that I could focus my energy where my passions lie.

In a liberal arts school, you won’t be taking classes exclusively for your major. Instead, you’ll learn a wide range of subjects, giving you a well-rounded education. This was appealing to me because I entered college with absolutely no idea what I wanted to study. I figure that if I went to a liberal arts school, with classes across a range of topics, I could use that as an opportunity to explore and discover new interests.

Although I haven’t gotten to choose each and every subject I took, I chose to enroll in an institution that would give me some structure and guidance. I ended up enjoying classes that I would never have chosen on my own!

This is very important: if you’re not like me, and you do know what you want to study, make sure the schools you’re looking at offer your major of interest!

You might also want to consider the student-to-faculty ratio. Are classes lecture- or discussion-based? What proportion of classes are taught by grad students (as opposed to professors)? With a bigger lecture class, a professor might not be as available for office hours, yet she might be with a smaller discussion class. (“Office hours” = time out-of-class designated for you to ask questions to your professor, get extra help on homework assignments, or ask for clarification about the lecture.)

Hopefully this will help get the ball rolling as you start to consider what kind of academic experience you are looking for in college. Everyone learns differently, and there’s no one right way to do it! Stay tuned for the next installment in this series, in which I'll discuss housing and student life.