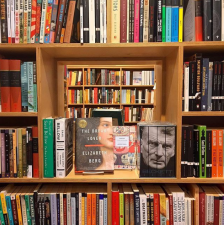 Home to six museums, the preeminent Court Theatre, two national landmarks, 20+ coffee shops, one of the world’s largest carillons, over 300 acres of green space, Barack Obama’s house, and a world-class university, Hyde Park has a lot to offer. Need help exploring? Check out our list of must-see attractions.

For a full list of Hyde Park restaurants, please go to welcometohydepark.com or download the free "Welcome to Hyde Park" app for iOS or Android.

Hyde Park is a bookstore hub! Check out the Seminary Co-op, 57th Street Books, or Powell’s Books. The UChicago Barnes and Noble also has a great selection of works by faculty as well as UChicago apparel and gear.

Visit one of the many campus coffee shops. Coffee shops are some of the hottest spots on campus and a great place to strike up a conversation with a current student—or to just observe them in their natural habitat.

Relax on the historic Midway Plaisance! Watch UChicago sports teams practicing while imagining the Midway attractions of the historic World's Columbian Exposition in 1893.

Extending from Chicago’s wonderful lake shore bike and running path into Lake Michigan, Promontory Point is a favorite haunt of UChicago students. You’ll find students going for a swim, toasting marshmallows in one of the park’s fire pits, picnicking on the lawn, or simply enjoying one of the city’s best views of the Chicago skyline. 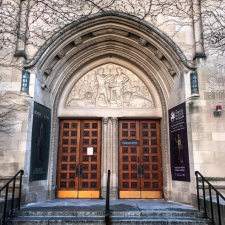 A space for community engagement and involvement with the arts, the Arts Incubator in Washington Park is run by the Arts and Public Life Initiative, and headed by prolific Chicago based artist and UChicago professor Theaster Gates Jr.

The professional theater located on the University of Chicago campus, Court Theatre is committed to producing shows that re-imagine classic texts and engage with the cultural and intellectual heritage of Chicago and the University community.

The oldest student run film society in the nation, Doc Films shows films every day of the week, and features quarter-long film series. Past series include “Mel Brooks and Carl Reiner the Kings of Comedy,” “Hong Kong Masters: The Innovative Kung Fu of Lau kar-leung,” and “Road Trips and Walkabouts: Journeys in Film.” Doc offers opportunities for student engagement as well, hosting film discussion as well as chances for students to operate one of its several vintage projectors.

Experimental Station seeks to build independent cultural infrastructure through innovative programs like the Blackstone Bicycle Works and the 61st Street Farmers’ Market. This space also aims to bring together the community at large through cultural criticism, ecology, and alternative methods of education. UChicago students often head over to the Farmers’ Market on Sunday mornings, just in time to make it back for study breaks the same evening.

The center establishes a new professional theater space on the South Side, providing support to performing artists and theater ensembles, along with programming to train residents with interests in theater design and production.

Completed in 2012, the Reva and David Logan Center for the Arts is the hub for visual and performing arts on campus. Featuring performance spaces, recording and practice spaces, and facilities for fashion and set design, Logan also features performances from national and internationally renowned artists and musicians, as well as art installations and exhibitions of student art. Additionally, students have the opportunity to create narratives through art with middle-school children from the community with the StoryArts Summer Camp program.

Climb the 271 steps to the top of Rockefeller Chapel, the tallest building on campus, for a close-up look at one of the world’s largest carillons and an amazing view of Hyde Park. 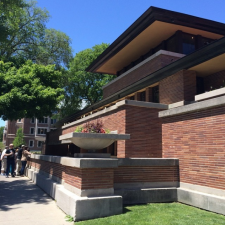 Located in the heart of campus, the Oriental Institute is the University of Chicago’s archaeology museum and research center for ancient Near Eastern studies. The museum houses rare artifacts like relief carvings and treasures from Persia’s ancient capital of Persepolis, while researchers and scholars on the upper floor piece together the origins of human civilization. UChicago students often study in the OI’s beautiful Bodleian library, or attend special film screenings and panel discussions with film-makers, archaeologists, and researchers from around the world.

Hyde Park is home to Frank Lloyd Wright's 1909 masterpiece, the Frederick C. Robie House, recently restored and recognized as a UNESCO World Heritage Site. Walk around the outside or sign up for a guided tour here.

Home to fine examples of ancient, Old Master, modern, and contemporary art from all corners of the globe, the Smart Museum is the fine arts museum at the University of Chicago. It connects scholarship and dynamic rotating collections to explore the world through the marriage of art and ideas.

The DuSable Museum promotes the understanding and conservation of African American culture and rich history with its vast collection of books, photographs, and artwork that celebrates black culture. The collection includes memoirs and works from black scholars and artists like W.E.B. DuBois, Langston Hughes, and Henry O. Tanner. UChicago students and community members alike attend cultural events hosted by the museum, including talks, poetry readings, and jazz and blues music series in the beautiful new Harold Washington wing.

Museum of Science and Industry

The largest science museum in the Western Hemisphere, the Museum of Science and Industry is one of the only major structures still standing from the 1893 World’s Columbian Exposition. Home to an incredible array of artifacts and interactive exhibits, the museum is designed to push the boundaries of science, technology, medicine, and engineering. Take a trip down a coal mine shaft, step inside a real German U-boat from WWII, or discover the hidden occurrences of the golden ratio in the mirror maze.

Founded in 1915 by faculty at UChicago, the Renaissance Society is located on the fourth floor of Cobb Hall and is an independent non-collecting museum focused on connecting experimental art with a sense of the rigorous inquiry that runs throughout the University. Past artists who have contributed to the museum include Henri Matisse, Alexander Calder, and Mies Van Der Rohe, among many others.