Reflections from COP27
Spectrum: How It All Started

Spectrum: How It All Started

Spectrum: How It All Started
Owen Hein-Phillips (he/him)

My involvement with Spectrum, an LGBTQ+ group started last year in the Institute of Politics (IOP), was a transformative experience. Spectrum was briefly mentioned as a new group that was still in formation in one of the IOP’s info sessions. I was disappointed to learn a few months earlier that there was no LGBTQ+ group within the IOP––or really anywhere else with a political lens. I took the opportunity to be ‘part of the solution’ and found my way on to the newly formed board. The new board worked with IOP staff and was fueled by a common desire to create a stronger LGBTQ+ community at UChicago. It felt tremendously exciting on our first proper board call to acknowledge that for most of us, this was our first time in an only-LGBTQ+ space (Zoom space, sigh…) at the university. Given that the board was comprised mainly of second, third, and fourth years, it really spoke to the need for what we were creating.

A real highlight for me was the first public event we hosted. It was an incredible discussion with Sarah Kate Ellis, CEO and President of GLAAD, moderated by IOP fellow and journalist Kara Swisher. To see a UChicago event that explicitly focused on themes of LGBTQ+ identity, and to have it be well-attended––with 50+ people watching––was an inspiring and proud moment for us.

Watching Spectrum grow from an idea that we chatted about, to a fully-fledged organization with events, a logo, and name recognition was phenomenal. Being a part of that team was undoubtedly one of the most rewarding experiences I’ve had over the last year. As I look forward, I’m struck by the opportunity we have to take the incredible foundations that have grown over the last year and build upon them. I can’t wait to watch Spectrum grow, develop, and take shape in-person as vaccine access makes in-person engagement more feasible.

Over the past few months, I’ve been reflecting on what it means to build community among LGBTQ+ people. I often hear members of our community describe the feeling of arriving at places like Northalsted, the Castro, and Christopher Street. Looking up at the rainbow flags and around at the community of other LGBTQ+ people, there’s a feeling of comfort: like you can fully exhale. Even in generally inclusive and accepting environments like the University of Chicago, it’s a feeling that is hard to replicate because our community is so dispersed. As much as events like pride parades are about standing up and standing out, I find that much of the joy comes from blending in. It’s immensely important that there are spaces on campus that are intentionally for LGBTQ+ students. It is my hope that Spectrum will continue to be one such space on campus a community where people can come and fully exhale. 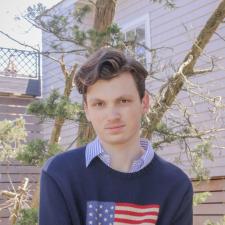 Owen Hein-Phillips is the author of this Uncommon Blog post. We are grateful that he was happy to share his experience!